By TeamErtz November 8, 2021 No Comments

Former Eagles tight end Zach Ertz has been named the NFLPA’s Community MVP for Week 9 for his work in Philadelphia and in Arizona. 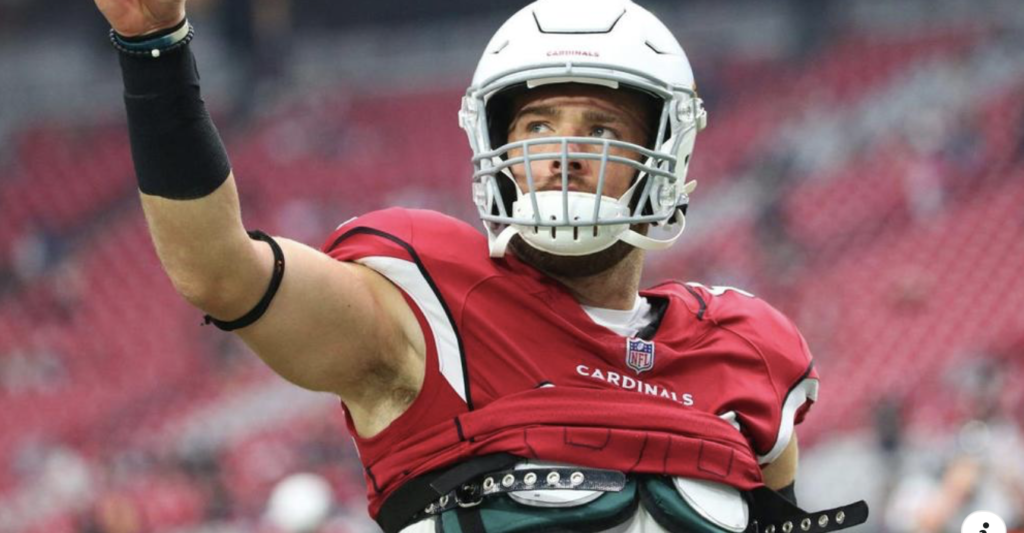 Ertz, 30, was traded to the Cardinals back on Oct. 15 and is already making an impact on his new community.

Since arriving in Arizona, Ertz created the “Score More n’ Feed More” campaign, which is donating 5,000 meals to local Arizona food banks for every touchdown the Cardinals score the rest of the season.

Back in Philly, work began on the House of Hope in North Philadelphia to create a safe space for local youth. Zach and Julie Ertz donated $100,000, which was matched by their foundation to get the House of Hope underway.

“My wife Julie and I are so honored to be recognized by the NFLPA for the work we are doing in the places that we love so much – Philadelphia and Arizona,” Ertz said in a statement. “Both places have embraced us and loved us, and we feel grateful to give back to everyone in such a meaningful way through the Ertz Family Foundation.”

Even in his farewell press conference, through tears, Ertz highlighted his work in the community and pledged that it would continue in Philadelphia.

Ertz called Philadelphia home and he hasn’t left completely, even though he’s well underway on his Cardinals career.

“Our foundation is still going to roll here,” Ertz said back on Oct. 15. “This is where we want to make an impact. We’re doing an amazing project called the House of Hope right in Hunting Park. It’s an old church that we’re completely revamping, turning it into a wi-fi café for kids after school. It’s going to be a church on Sunday and a wi-fi café. The goal is around $1.1, $1.2 million to be raised. We’re around $750,000. Julie and I donated $100,000 by ourselves, the foundation donated another $100,000, have amazing partnerships with Acme and Comcast so far, and that’s something I’m extremely excited about leaving here, is that building.”

The NFLPA will make a $10,000 contribution to a charity of Ertz’s choice and Aldine Sports Association will create customized clothing with proceeds going to Ertz’s foundation.

In addition to the weekly honor, Ertz is now eligible to win the Alan Page Community Award, the highest honor the NFLPA gives out.