Ask Zach Ertz what he’s most proud of and there’s a good chance that it won’t be catching the game-winning touchdown in Super Bowl LII. It’s more likely he will talk about the Ertz Family Foundation. In 2018, the two-time Pro Bowler and his wife, Julie, a professional soccer player who won the World Cup in 2015, launched the Philadelphia-based nonprofit to empower kids and families through sports, education and their communities. The couple had been considering starting a foundation  for years, but it wasn’t until Ertz accompanied Eagles quarterback Carson Wentz on a trip to Haiti in 2017 that he realized the time was finally right. “It really opened my eyes to what a mission backed by faith could do,” says Ertz, who says that Christianity has played a central role in his life over the last three years. “My relationship with Jesus has changed my life and really the foundation of who my wife and I are as people.” In less than a year, the foundation is already affecting immeasurable change throughout the region, from donating backpacks and Thanksgiving meals to larger initiatives like Catches for the Community. The campaign, which turned every first down and touchdown by Ertz into cash last season, raised nearly $70,000. Ertz says that the goal is to leave a bigger impact off the field than what the powerhouse sports duo has accomplished on the field: “That’s the legacy we want to leave in Philadelphia because, from the moment I got here, this city has accepted me and given me and my family so much. We want to repay that.” 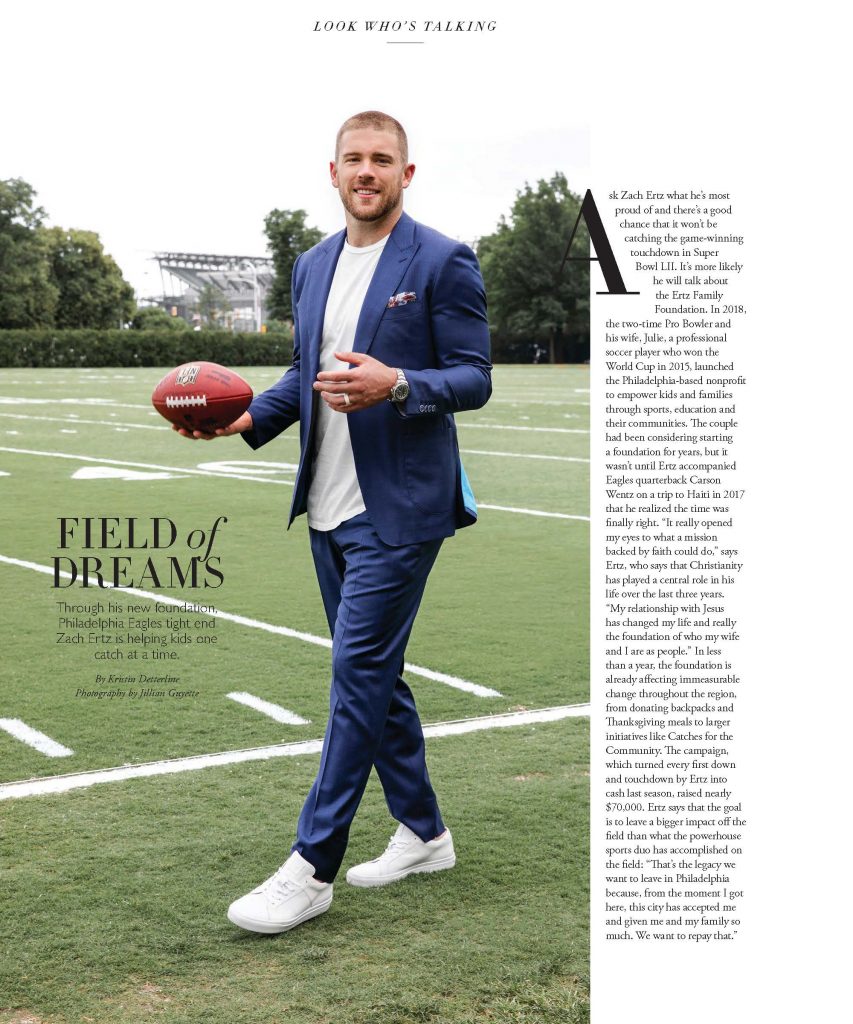