Zach Ertz’s play on the football field has made him a household name as one of the NFL’s premier tight ends. But so far this year, his work off the field, as a philanthropist and community leader through the Ertz Family Foundation, is getting just as much attention.

Zach was recently named the NFLPA Community MVP for Week 5, as a result of the work he is doing with his foundation to change the lives of children in Haiti.

“I am beyond honored to have been named the NFLPA Week 5 Community MVP,” Zach said. “My wife Julie and I are driven to make positive and enduring change in our beloved city of Philadelphia, in California, in Haiti, and around the world.”

I am honored to be named community MVP by the @nflpa! The @ertzfamilyfoundation is committed to spreading hope and love to communities across the world!

Zach and the Ertz Family Foundation recently created the Haiti Scholarship program, which launched with an $80,000 donation to Mission of Hope: Haiti to go towards providing full scholarships to orphaned graduating high school students in Haiti.

The Haiti scholarship is one of the first initiatives taken by the Ertz Family Foundation, which was launched in June by Zach and Julie, and that’s fitting, as the foundation was born out of a trip Zach took to Haiti earlier this year, which opened his eyes. His return from Haiti with a newfound perspective inspired he and his wife Julie to launch the Ertz Family Foundation, with the goal of spreading hope in the U.S. and abroad.

Their non-profit organization strives to empower others by sharing faith, learning through sports and advancing education to build supportive communities.

“We are committed to bringing love and hope to all of these communities,” Zach said. “Thank you for this honor.” 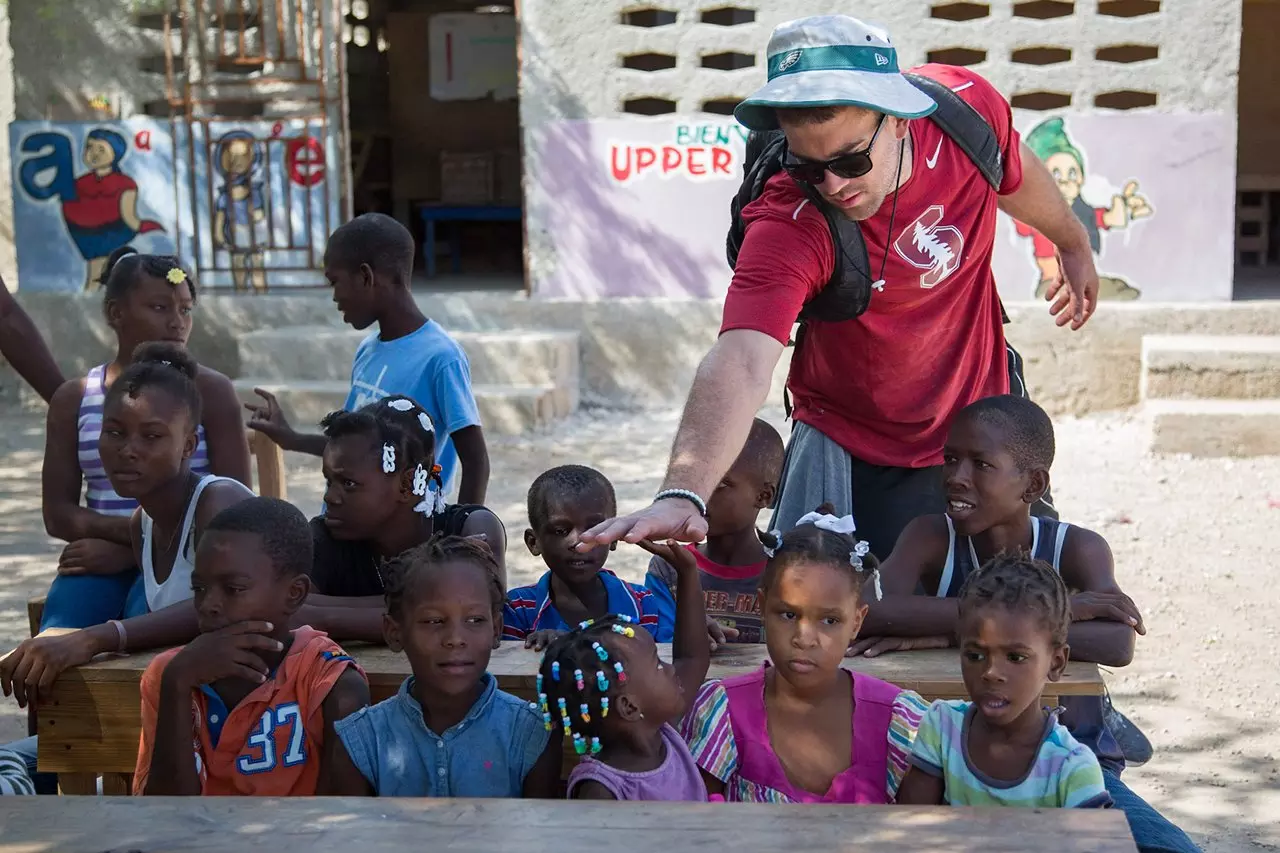 The good being done by the foundation has already touched the lives of those in the U.S. as well. In August, the Ertz Family Foundation donated $10,000 to Kensington High School in Pennsylvania after the football team lost all its equipment following a break-in.

And that’s just the beginning. Zach and Julie will continue giving back to the Philadelphia community on November 29, when their foundation hosts the City of Love Gala and Auction Fundraiser. The proceeds will benefit their City of Love Fund, a grant-making program devoted to supporting local charities in Philadelphia that align with youth sports, education and family. That City of Love Fund is also benefitting from Zach “Catches for the Community Campaign, where every catch Zach makes this season (41 and counting after five weeks) brings in money through pledges made to the fund.

To find out more about Catches for the Community, visit PledgeIt.org/ZachErtz.

In honor of Ertz being named this week’s Community MVP, the NFLPA will make a $10,000 contribution to his foundation or charity of choice, and Zach and the other 2018 Community MVPs will become eligible for this year’s Alan Page Community Award, which is the highest honor that the NFLPA can bestow upon a player.